Time of promise, 1861-1893. Euphrasie Barbier sent her first missionaries to New Zealand in 1864. Other departures followed at regular intervals to New Zealand, to Australia, to England, to Wallis, Tonga and Samoa in Oceania and to Chittagong in what is now Bangladesh. Although Euphrasie identified the foreign missions as being the defining mark of apostolic work for her sisters, this did not blind her to the need for apostolic involvement closer to home. The cry of the poor meant that the Sisters began caring for orphans in Deal, England in 1870, and in 1876, a house was opened in the industrial city of Armentières so that the Sisters could work with working class young girls and women. When Euphrasie died in 1893, there were two hundred and five professed sisters.

Time of growth, 1894-1937. Marie du St Rosaire, the second superior-general continued to be faithful to Euphrasie’s dream of working in the foreign missions, particularly through the education of women and girls. The experience of the cross in one place could mean new growth elsewhere. Thus in 1901, when government policy meant the departure of many religious women and men from France, more French sisters were able to move to Canada where the first house had been opened in 1898. The growth of the Congregation in the years leading up to World War II was very evident. In 1924, French Sisters or French-speaking sisters began working in Indo-China, then part of the French Empire.
Time of stability, 1938-1966. The impact and horror of World War II was more marked in some parts of the Congregation than in others. In Asia, Vietnam and Burma suffered much as Japan invaded both countries and in both countries foreign RNDMs were imprisoned by the Japanese, a painful and often frightening experience. Sisters in what is now Bangladesh and the eastern states of India lived in fear of Japanese invasion but fortunately it never eventuated. The French province experienced the fury of the German invasion and the subsequent fierce battles that raged between Germany and the Allies, while the English suffered the horrors of aerial bombardment.
However military conflict did not dampen the enthusiasm of young women who wanted to become members of the Congregation. In 1966 as Vatican II concluded there were 1,243 professed Sisters. India, Bangladesh and Burma were now politically independent although not always politically stable, while Vietnam experienced ongoing political and military turmoil as communist and non-communist strove for political control.

Time of renewal and hope, 1966-1984. Vatican II generated significant changes throughout the congregation. Generally speaking, it encouraged a movement out of schools in Australia, British Isles and Ireland, Canada, France and New Zealand as Sisters involved themselves in other educational and apostolic ministries. From 1966 onwards, Burmese sisters were not allowed to teach in schools and from 1975 onwards, Vietnamese Sisters were similarly restricted, although in both countries this has allowed the Sisters to begin new ministries particularly with the poor sectors of society.

Vatican II (1962-1965) encouraged religious communities to reclaim the charism of their founders. For the Sisters this meant asking how are we to be missionary today? How are we to move outside of our own countries and cultures to bring the good news to others? Each of the Western provinces undertook to establish a new mission as follows:

These new establishments represented a movement as it were from the West to other parts of the world. But as the second millennium drew to a close those sent on mission beyond their own country and culture were increasingly Asian, African or Latin American as it was in these parts of the world that the Congregation was growing while numbers were declining in the Western provinces. What was happening in the Congregation was a mini-picture of what was happening in the wider Church, as the so-called Third World church came of age.

The Sisters of Our Lady of the Missions in the third millennium. Today the Congregation perhaps looks very different from that founded one hundred and fifty years ago in Lyon. Most strikingly obvious at general chapters and other Congregational gatherings is the multi-cultural nature of the groups with literally all the continents of the world represented.
A second important characteristic is the on-going enthusiasm for new missions. This has led the RNDMs today to be involved with other religious congregations in SSS (Solidarity with South Sudan) to help the people of South Sudan. New foundations have been established recently in Kazakhstan, Laos, Orissa (India) and Thailand. Members are likewise preparing to work in Taiwan.
As our 2008 General Chapter, “RNDM Earth Community: We are one, We are Love” challenged us to recognise, “we RNDMs will need to continue to imagine our way into the new structures and relationships that will be required of us. We recognise that humans do not so much think their way into new ways of living but live their way into new ways of thinking and creating. We commit ourselves to this task which is also a wonderful adventure” (p. 13).
Our Missionary identity with its source in the heart of the trinity has a universal character Empowered by the Spirit, we are sent as disciples of Jesus to share our lives in the service of love seeking the fullness of life for the whole of creation. Constitutions Art. 4 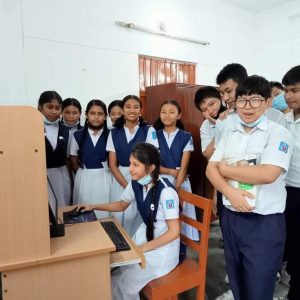 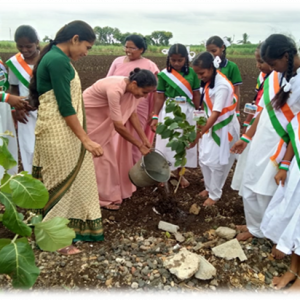