Adèle-Euphrasie Barbier, known in religious life as Marie du Coeur de Jésus, was born on 4th January 1829, in Caen, France. The family had a strong faith and her parents instilled into their young family the values of honesty and hard work.   When Euphrasie was a young adult the church in France was strong and vibrant with many new congregations being founded to work in France with the growing numbers of poor people or to work overseas in the colonies of the different European imperial powers. At this time Euphrasie was inspired by a Bishop preaching on his experiences in the mission fields. She yearned to be a foreign missionary.

Following her missionary dream, in 1848, Euphrasie entered a newly established missionary institute known as the Sisters of Calvary which had been established in Cuves. She was professed in 1851 and left for a mission in London. As the 1850’s drew to a close she realised that her dream of being a foreign missionary was not going to eventuate if she remained a Sister of Calvary. After prayer and dialogue with advisers Euphrasie left the Sisters of Calvary and returned to France where the possibility of working with the Marist Fathers in their mission in Oceania looked promising.

In December 1861 Euphrasie Barbier founded a new congregation, Institute de Notre Dame des Missions, in Lyon, with the express, but not exclusive, aim of working in the foreign missions. The first foreign missionaries, all French, left France in late October 1864 for New Zealand where within the year they were busy teaching children of the European settlers and young Maori girls.   Life was not easy for the young foundress. In spite of difficulties the congregation flourished and allowed the establishment of new foundations.

Small and slight, but with boundless energy, Euphrasie was familiarly known as “the little Mother”. Despite her health having been undermined by privations and illness, she had great enthusiasm for life. She made regular but arduous trips to the communities she had established in France, England, the Pacific Islands, New Zealand and Asia.

Euphrasie emerges, from her own letters, and from letters and memories of others who knew her, as a woman of faith, impetuous will-power, uprightness and cordiality. Time and again her letters point to her concern for her sisters and for those among whom they worked. Euphrasie was above all a truly contemplative 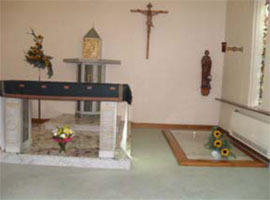 The establishment of new foundations in England and India meant that there was even more need to finalise the constitutions she was writing for the congregation. To her joy, three years before her death in 1893, the constitutions were approved. Euphrasie is interred in the convent chapel in Sturry, England. 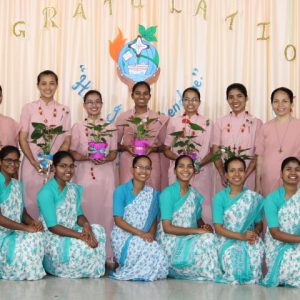 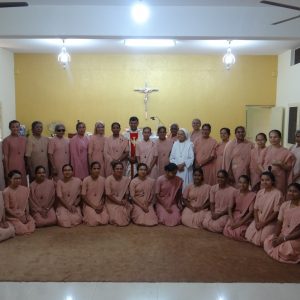