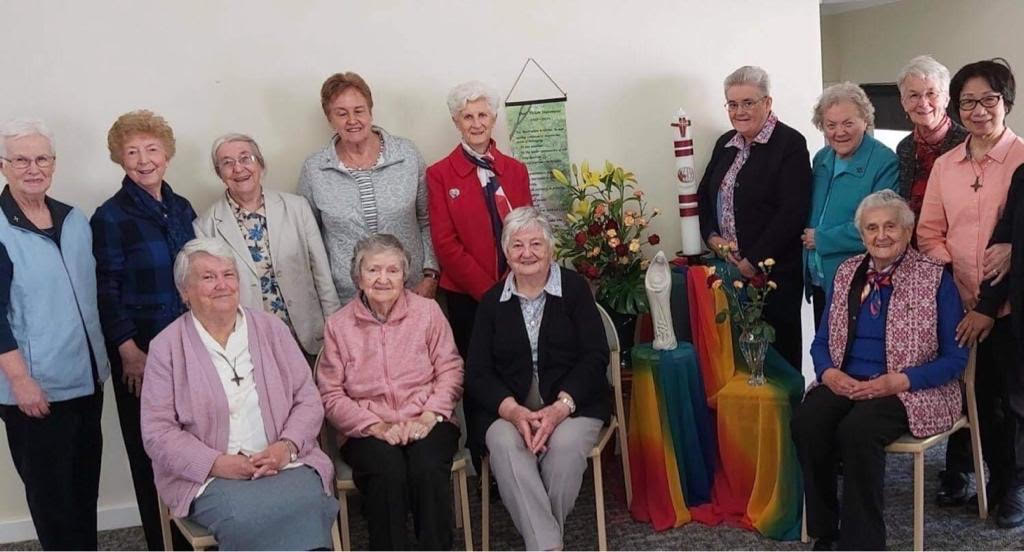 The emblem worn by the Sisters of Our Lady of the Missions was designed to celebrate the presence of God among all people across the world.
In the Australian logo the emblem stands amid gum and wattle, beautiful and unique features of our Australian environment and culture.
As an International Missionary Congregation, five Sisters of Our Lady of the Missions from New Zealand first arrived in Australia on October 9th 1897. This was the first foundation in Highgate, Perth, Western Australia.By 1902 there were sixteen members of the Congregation in W.A. All of them had come from New Zealand, Ireland, England or France.Within 15 years there were forty Sisters, three new communities, two in remote country areas, a novitiate where twenty-five Australian young women had been received, two high schools and three primary schools.At present there are Sisters in Western Australia, in Victoria and four Sisters are working overseas.Sisters are involved in Spiritual Direction, Faith Development, Facilitation, Pastoral Work, program for people with mental disabilities and visitation of the Sick and Elderly.