At the invitation of Bishop Ballsieper, vicar Apostolic of East Bengal to establish a new foundation in Chittagong, East Bengal, Euphrasie Barbier, the foundress of the congregation, accompanied five pioneer sisters who left France on 11 February 1883 and commenced a long and most challenging journey by ship. They had a brief stop in Calcutta where they participated in the Holy Week services. On 25 March 1883, Easter Sunday, the valiant missionaries arrived in Chittagong, the first foundation in Asia.

At this time the Diocese of Chittagong had a population of 2 million people with only 17,000 Catholics. There were eight Benedictine priests, a Bishop and the RNDMs who were the only community of Religious women.

When the congregation was founded in Asia in 1883, it was known as the Indian Province which comprised of India, Burma (Myanmar) and East Bengal with the Provincial House and Novitiate being in Chittagong. Although in 1947, India and Pakistan achieved independence as two separate countries, the congregation in Asia continued as one province having the Provincial House and Novitiate in Chittagong.

Today, sisters are working in orphanages, pastoral work, teaching and administration in schools, and in health. 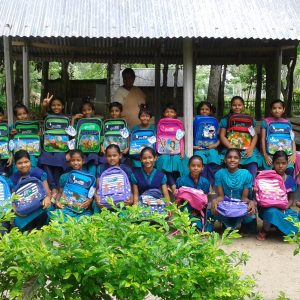 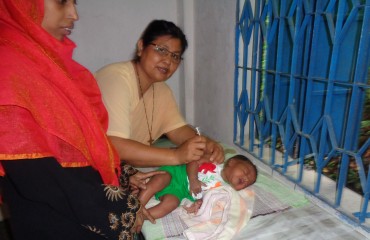