In 1886, after visiting New Zealand, Euphrasie responded positively to the request of Bishop Ballsieper, Vicar Apostolate of East Bengal and left by boat for Sittwe with Marie du Sacrè Coeur, prioress of Chittagong.

In 1897, St. Ann’s Convent, Sittwe was opened for the education of children, and a home for orphans.

The people appreciated the Sisters’ work. The school continued to flourish until 1942, when the Japanese invasion forced the school to close. The school and the boarding school re-opened in 1948. On their free days, the Sisters visited the hospital, the poor and the parents of students. Most of the RNDM foundations are in the Diocese of Pyay in the Rakhine State in south-west Myanmar.

As the Sisters want to be part of the response to the worsening socio-economic situation, the preschools are opened not only to help the children with education but also to provide a source of income for the sisters. We now have five preschools: in five communities. 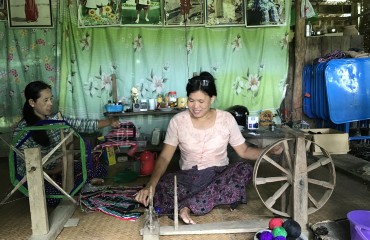 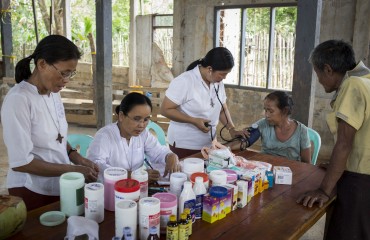